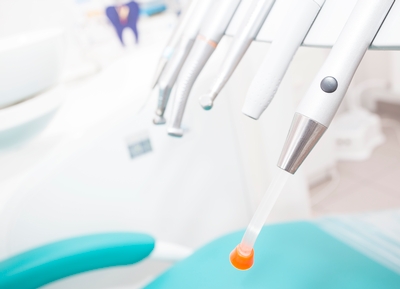 Getting whiter teeth is on the beauty list of most modern beauty and fashion magazines. After all, a beautiful smile is not nearly so stunning when it’s yellowed and stained as when it’s sparkling and white. Most people tend to assume that teeth whitening products must be quite expensive. It used to be that these treatments were only for the wealthy. However, over the years, the various whitening products have become available in wider varieties, allowing people the opportunity to whiten their teeth on their own or at their local dentist’s office through cosmetic dentistry practices. Despite this, homemade products still remain popular. Here are some things you need to know before you start using your own home treatments instead of consulting a professional in cosmetic dentistry.

Polish Away Your Enamel

One of the most common at home whitening treatments is baking soda. Baking soda scrubs, typically made by mixing a little baking soda with water or hydrogen peroxide, can help to remove stains from the teeth. The problem with this particular concoction, regardless of whether you use hydrogen peroxide, is that it will wear away the enamel. Overbrushing has been found to do this without the baking soda. Baking soda strips the stains away by scouring the surface of the tooth, which leads to an erosion of the tooth enamel. This can start out with grooves in the teeth and even leading to minor breaking within the tooth itself. The damage done with this technique is significantly increased when a hard bristle rather than a soft bristle tooth brush is used.

A popular whitening treatment that has been purported to take the place of cosmetic dentistry procedures is the mashed strawberry. The basic procedure involves mashing an overripe strawberry and then scrubbing your teeth with the pulp. The acid supposedly works on the stains in the teeth. However, the risk is that you are actually scrubbing sugar into your teeth. If you leave it on, it will have the same effect as not brushing your teeth overnight. Its actual effectiveness in whitening the teeth varies by the individual. In most cases, it does not so much whiten the teeth as it reddens the gums which make the teeth themselves appear whiter. The risk of this method is that if you do not exercise proper dental hygiene techniques that you will develop a cavity or some other tooth malady.

Hydrogen peroxide is a common component of teeth whitening agents. Before being used as teeth whitener, it was actually used to dye dark hair platinum. This is one liquid which can strip color from almost anything. As such, it has been a popular at home whitening technique. Typically people gargle with the hydrogen peroxide and use it as straight mouth wash. For most people, this is not harmful. The hydrogen peroxide helps to kill bad bacteria within the mouth. In others, however, the procedure can lead to heightened sensitivity in the gums and even in the teeth themselves. If using this technique though, it is important to not let the hydrogen peroxide sit on your teeth for an extended period of time. Make sure to rinse with fresh water immediately afterwards. 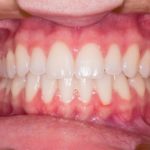